Cecilias own work for stage & screen

Cecilia Säverman wrote her first play in 2012: "Den Lyckliga Människan". Previously she had co-written many productions together with the theater company Teater Kaleido, such as the popular childrens play "Kim och Piratäventyret". Around 2014 she joined the Youtube production company Trädfabriken and was co-writer at severaly comedy episodes. She was also co-writer to the successfull play "Seek & Hide" at Teater De Vill, and since 2015 she har written several sketches and all songs to the comedy group Gycklargruppen Hyckel. In 2014 she started the research for the play Vasadottern which opened in Stockholm in november 2020 - receiving great reviews. In 2021 she finished her first shortfilm "A Film About Nice Guys" which is currently touring the world and has been awarded at several festivals.

Below you can read about some of Cecilias projects. 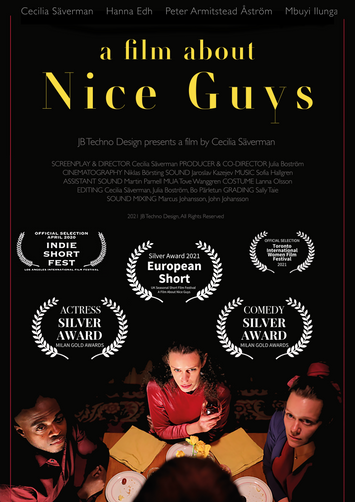 A Film About Nice Guys

Dark comedy. During a friendly dinner the topic of #metoo arises. The two couples soon realise the diffculties of discussing the matter without anyone getting offended. 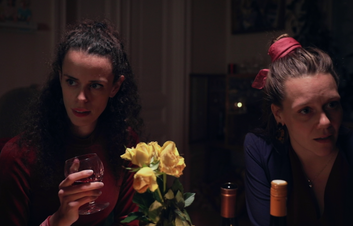 A monologue with several characters based on the life of Swedish King Gustav Vasas daughter Cecilia Vasa: the princess, the pirate, the scandal. 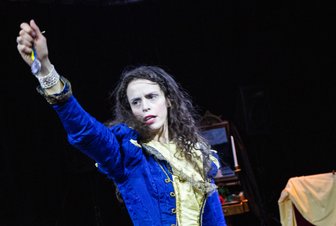 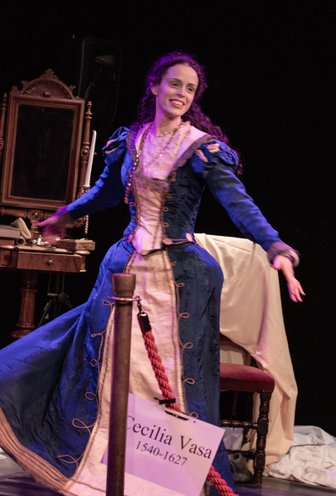 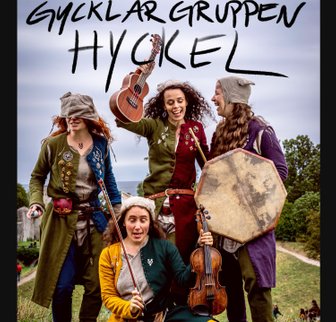 This comedy quartet made a bombastic entrance into the jester world in 2015, and has since performed on both medieval festivals as well as in feministic arenas. In 2015 they won Wisby Award for a performance about consent, and in 2019 they were twice nominated at the Stockholm Fringe Festival for their show Hyckel Vulgäris (Unholy Hyckel). They have also performed at the famous club Nalen in Stockholm, and have also released a fanzine. Their music is on Spotify, and their Facebook is hilarious. 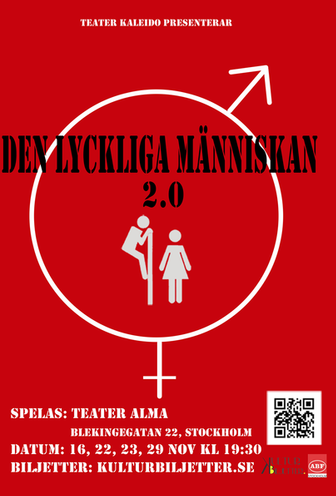 A tragicomedy dance-theatre about gender roles and expectations, opening in 2012 with a second run 2013.

Two lovers, a cis-man and a cis-woman, are sent out to learn how to act according to their gender, or else humanity will be destroyed by the gods. Soon the gods realise that the man and the woman isn't quite what they expected. Equipped with scripts, the two subjects do their best to save the world. They find that they both have answers the other one needs to live up to expecations. But what happens to love if you and your partner become each other? How far are you willing to go to save a world that won't accept you?

"The two actors are talented and varies between different ways of being, both through body language and how they talk and move. Cecilia Saverman that plays the role of the woman (...) is trained both in musical, dance and song. One thing is sure, we will hear more about her and see more of her. "

"The two actors (Cecilia Saverman and Ola Wallinder), perform this show with great expression that gives justice to the message, while the audience gets many laughs." 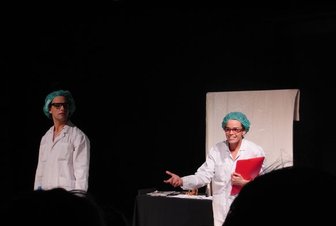 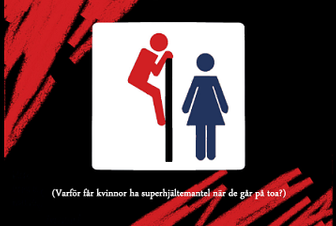